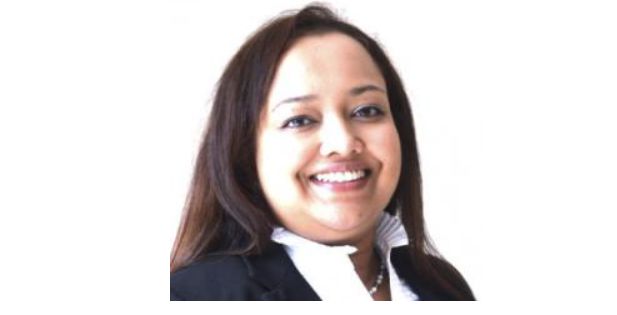 By Virusha Subban, Partner specialising in Customs and Trade at Baker McKenzie in Johannesburg

The United States (US) President Elect Joe Biden and his new administration are expected to take a multilateral approach to foreign policy, easing tensions and increasing engagement with allies. Trade issues are also expected to be a top priority for the Biden administration and under Biden, US engagement with African countries will likely focus on strengthening relationships in a strategic, co-operative way. Biden is also likely to continue with successful bipartisan programmes implemented by his predecessors, as well as encourage US trade and investment in the continent. This bodes well for US-Africa trade and the US position as a key trading partnership for African countries.

During his election campaign, Biden responded to a questionnaire by the Council on Foreign Relations on how the US should adjust its policies to Africa. Biden noted that the US should not miss the opportunity to engage Africa’s youth, and that it should prioritise economic growth in Africa by strengthening trading relationships; empowering African women, starting urbanisation initiatives in African cities, and demonstrating the American model of democracy and economic development.

Further, during an election fundraiser event for the Biden campaign, Susan Rice, US diplomatic and Democratic policy advisor, and Karen Bass, who focused on Africa policy in the US Congress, gave further insight into Biden’s future Africa policy. They noted the important role that the US had to play in Africa, Africa’s significance on the global stage and that restoring the trust of African nations was essential. They said that Biden would engage with African countries in a respectful way. Issues on which the US and Africa are expected to collaborate include economic growth, clean energy, public health, sustainable agriculture and pandemic recovery assistance. Initiatives focusing on innovation,  immigration, education, investment and infrastructure will also be on the agenda.

Biden is known for his multilateral approach and is expected to work with the World Trade Organization (WTO) and seek to introduce reforms there, if needed. The US is also expected to work with allies at the WTO, such as Europe and Japan, to mobilise resources for Africa. The Biden administration is also likely to engage with United Nations (UN) agencies in Africa, possibly restarting sustainable financing for the African Union’s (AU) peacekeeping operations. Biden has already pledged the country’s return to the Paris Climate Agreement and has said he will halt US withdrawal from the World Health Organization  (WHO) and resume funding, which means it will be better able to help developing economies in the pandemic. Biden is also likely to provide financing for the Green Climate Fund, which was started in the Obama administration to help developing countries respond to climate change.

Previous bipartisan-backed US projects in Africa – including the Development Finance Corporation (DFC), Power Africa and Young African Leaders Initiative (Yali) – have been successful in Africa and Biden is likely to continue with these initiatives. The DFC, for example, was a development of the Trump presidency, and with the US Exim Bank now functional, Biden is expected to make use of this platform to initiate development projects and work with allies on countering Chinese influence in Africa.

When Trump introduced his US Africa strategy at the end of 2018, he said the US would promote intraregional trade and commercial ties with its African allies, shifting  focus from “indiscriminate aid” to one of trade and investment and positioning the US as a more sustainable alternative to what it termed “predatory” Chinese and Russia interests in Africa. Biden’s Africa strategy could be more targeted – creating alliances through strengthening relationships with allies to stand up to China, as well implementing policies that will benefit US workers.

Private investment in Africa is predicted to continue to grow under a Biden administration, as it did under previous administrations, and investment will continue to be encouraged as a means to counter the detrimental economic impact of the pandemic. M&A investment into Africa from US acquirers grew in the first half of 2020. According to data from Refinitiv, the US announced 15 deals in H1 2020 up from 11 in H1 2019.  In H1 2020 deals worth USD 658 million were announced in Africa, an increase of 219% from H1 2019 (USD 206 million).

Biden is reportedly supportive of the African Continental Free Trade Area agreement (AfCFTA) which kicks off in January 2021. AfCFTA is a landmark deal that aims to bring together 54 African countries with a population of more than one billion people and a combined GDP of over USD $3 trillion. Once the agreement’s ambitious goals are realised, it will help African member states establish new cross-border value chains, encourage foreign investment and better insulate the continent’s economies from future global shocks.

Biden’s administration is likely to look at new, reciprocal bilateral and regional trade agreements with Africa in future. Such agreements are expected to eventually replace the non-reciprocal African Growth and Opportunity Act (AGOA), which allows duty – and quota-free exports from eligible African countries into the US, but is due to expire in 2025. AGOA was signed into law by Bill Clinton, and presidents Bush and Obama extended it during their tenure. All future trade agreements signed between the US and African countries will have to align with AfCFTA trade stipulations and, considering Biden’s environmental stance, they could include climate ­­­change provisions and tariffs on high-carbon imports. Biden will also  continue the focus on trade agreements that don’t hamper the exchange of goods or disadvantage US businesses and consumers.