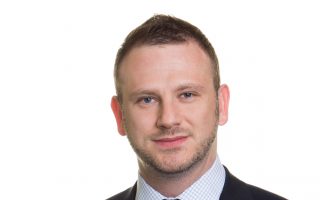 There have been sustained efforts to improve the enforcement of foreign judgments and awards across global borders in recent years. Organisations with cross-border operations must negotiate a myriad of laws and regulations in a challenging environment and as a result, cross-border legal compliance and the speedy resolution of disputes has become critical. Baker McKenzie’s recently launched Cross-Border Enforcement Centre (report), provides a high-level, comparative analysis of the enforcement of court judgments and arbitration awards across 44 jurisdictions. The report outlines procedures for the enforcement of foreign judgments and arbitration awards, including details regarding applicable laws and conventions.

According to the report, the Hague Convention on Choice of Court Agreements, which allows judgments of one jurisdiction to be enforced in another (provided a choice of court clause exists) has gained significant momentum, with numerous new signatories and its first enforcement case. The more ambitious Hague Judgments Convention, which allows for cross-border recognition of judgments in specified situations, even without a choice of court clause, was concluded in July 2019, after 27 years in development, and now has its first signatories. The Singapore Mediation Convention, which aims to ensure cross-border enforceability of settlement agreements arising from mediation, was launched last year and has been ratified by several jurisdictions, and the New York Convention continues to gain signatories, with only a handful of jurisdictions now outside of its scope.

There are no bilateral treaties or multilateral conventions in force between South Africa and any other jurisdiction, on reciprocal recognition and enforcement of judgments. The present position in South Africa, however, is that even if there is no reciprocal arrangement, it is still possible to enforce a foreign judgment in the country.

If a foreign judgment is not directly enforceable, but constitutes a cause of action, it will be enforced by the country’s courts on application, provided that the court that pronounced the judgment had jurisdiction to entertain the case, according to the principles recognised by South African law concerning the jurisdiction of foreign courts.

In terms the difficulties in enforcing a foreign judgment in South Africa, according to the Protection of Businesses Act, no foreign judgment in respect of multiple or punitive damages may be recognised or enforced in the Republic. “Multiple or punitive damages” is defined as that part of the amount of damages awarded, which exceeds the amount determined by the court as compensation for the damage or loss actually sustained by the person to whom the damages have been awarded.  Apart from this, our courts will not go into the merits of the case adjudicated upon by the foreign court and will not attempt to review or set aside its findings of fact or law.

According to the interactive comparative rating analysis contained in the report, the ease of enforcing foreign judgments is considered to be “moderate” (as opposed to easy or difficult) in South Africa. Enforcement of foreign judgments is also considered to be moderate in other EMEA countries, such as the Czech Republic, Hungary, Russia, The Netherlands, Saudi Arabia, Spain, Switzerland, Turkey and the United Arab Emirates (UAE).

Due to South Africa being a signatory to the New York Convention and in the face of the International Arbitration Act, the enforcement of foreign arbitration awards is rated as “’easy”. Similarly, such enforcement is rated easy in Austria, Belarus (subject to potential political issues), England, France, Germany (depending on the facts of the case), Italy, Kazakhstan, Luxembourg, The Netherlands, Sweden and Uzbekistan (subject to potential political issues and corruption influence over local courts).