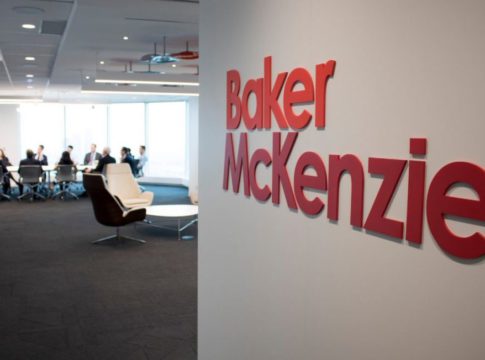 A Banking and Finance team from Baker McKenzie in London and Stockholm played a significant role in the award-winning Government of Tanzania Standard Gauge Railway project. In April, the transaction was announced as one of Global Trade Review’s Best Deals of 2020, and the TXF Sub-Saharan African ECA-backed Deal of the Year in May. The Baker McKenzie team advised clients on this transaction, the largest financing project for a sovereign state in East Africa.

The team was led by partners Nick Tostivin and Luka Lightfoot, both being part of the wider Banking & Finance practice at Baker McKenzie, supported by Aimee Saunders, Stephanie Latsky and Josh Mastin-Lee (all London). Further support was given by Mats Rooth and Camilla Holmkvist in Stockholm.

Baker McKenzie acted as Lenders’ Legal Counsel to Standard Chartered Bank and the other lenders, development finance institutions and export credit agencies on the US$1.46 billion financing to the Government of the United Republic of Tanzania (acting through the Ministry of Finance and Planning) in connection with the construction of the Standard Gauge Railway (SGR) Project from Dar es Salaam to Makutupora. The project is being constructed by Yapi Merkezi under an EPC Contract signed between Tanzania Railway Corporation and Yapi Merkezi.

Luka Lightfoot, Partner in the Banking & Finance Practice at Baker McKenzie in London, explained, “It was incredibly rewarding to advise our clients on this major transport infrastructure project in Tanzania. Running approximately 550 kilometres long, the SGR project is one of the country’s biggest projects connecting Dodoma to Dar es Salaam via Morogoro and Makutupora. Once complete, it will provide a safe and reliable means for efficiently transporting people and cargo to and from the existing Dar es Salaam Port. The project has already created more than 8,000 new direct employment opportunities for Tanzanian citizens and has opened up opportunities for local communities surrounding the project area to access services such as shelter and food.”

Commenting on the awards, Nick Tostivin, Partner at Baker McKenzie in London, added, “We are delighted to have worked with Standard Chartered Bank and the other lenders involved in such an important infrastructure project for the Tanzanian economy and people. This transaction is a great example of how this financing model plays to our strengths in trade and export finance, and more specifically, in complex ECA-backed financings, as well as showcasing our cross-border expertise.”