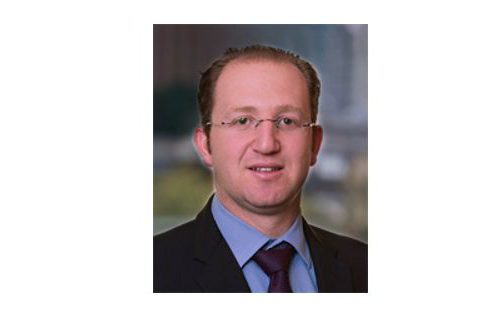 Marc Yudaken, Partner in the Corporate/M&A Practice at Baker McKenzie

Johannesburg, 19 July 2021 – Baker McKenzie’s latest analysis of Refinitiv data shows that the value of mergers and acquisitions (M&A) in the first half 2021 (H1 2021) soared in South Africa, and that deal value also increased in Nigeria in the first six months of 2021, but Kenya experienced a slight decrease in both deal value and volume in H1 2021.

According to Marc Yudaken, Partner in the Corporate/M&A Practice at Baker McKenzie in Johannesburg, “Despite the excellent start to 2021, the unrest in South Africa threatens to impact the positive strides made in terms of foreign investment into the country in the first six months of this year. For the sake of South Africa’s post-pandemic recovery, the turmoil engulfing our country has to be ended before investors are forced to seek less risky alternatives. Foreign investors will only ramp up their investments if they are confident their assets are safe. They need political and economic certainty and must have confidence that there is rule of law in the countries in which they invest.”

High technology companies were the primary targets for inbound deals in South Africa, with 12 transactions, representing a 200% in deal volume Y-o-Y and a deal value of USD 160 million, an increase of 1997% when compared to the same period last year.

Wildu du Plessis, Head of Africa for Baker McKenzie, explains, “It’s no secret that African consumers have shown a growing reliance on technology across multiple platforms, even well before the pandemic struck. The growth of the digital economy across the continent has naturally been accelerated by the pandemic and this unabated demand for technology has caused extensive cross-sector disruption, with the financial, energy, transport, retail, health and agricultural sectors all seeking opportunities to expand their tech infrastructure in order to acquire the necessary skills and innovation needed to keep up with demand. Fintech is also a popular tech sector for investment across Africa and specifically in South Africa, Kenya and Nigeria, with health-tech, mobility and agritech also attracting growing interest.

“It looks like South Africa is leading the way in terms of high value deals in the tech sector and we expect this tech M&A trend to continue as the continent gears up to operate in the post-pandemic new normal,” he says.

The United States was the primary investor for South African companies, with 16 deals (an increase of 60% Y-o-Y) valued at USD 496 million (an increase of 340% Y-o-Y). This was helped by TPG Capital LP’s USD 200 million acquisition of Airtel Africa Plc-Mobile (telecommunications) announced in March 2021. The largest inbound deal in H1 2021 was Temasek Holdings (Pte) Ltd’s (Singapore) USD 500 million acquisition of Leapfrog Investments (financials), also announced in March 2021.

Once again, the US served as the primary investor for Nigerian companies, with four deals worth USD 13 million. The largest inbound deal into Nigeria in H1 2021 was Mwendo Holdings BV’s (South Africa) USD 182 million acquisition of Blue Lake Ventures Ltd (Media and Entertainment), announced in June 2021.

Du Plessis notes that while US investors have shown interest in Africa for some time, under President Biden, the general consensus is that US engagement with African countries is focusing on strengthening relationships in a strategic, co-operative way. It has been noted that Biden will continue with successful bipartisan programmes implemented by his predecessors, as well as further encouraging US trade and investment in the continent. Considering that US companies were the top investors in two of Africa’s largest economies in the first half of 2021, dealmakers are clearly comfortable with Biden’s approach to Africa.

In H1 2021, deal making in Kenya decreased by 14% with 18 deals in the period and deal value decreased by 96% to USD 11 million. Financial companies were the prime targets for inbound deals with five transactions, representing a 150% increase Y-o-Y, with deals valued at of USD 11 million, a 78% decrease Y-o-Y.

Du Plessis adds that the decrease in M&A volume and value in Kenya in H1 2021 is expected to be temporary as the country continues to implement pandemic recovery policies, including a vaccine rollout strategy for the adult population with a planned completion date of mid-2022. The country’s reputation as an East African investment hub, in addition to its strong technology capabilities, means that it is just a matter of time before Kenya takes up its rightful place as one of the top target countries for technology transactions in Africa.”