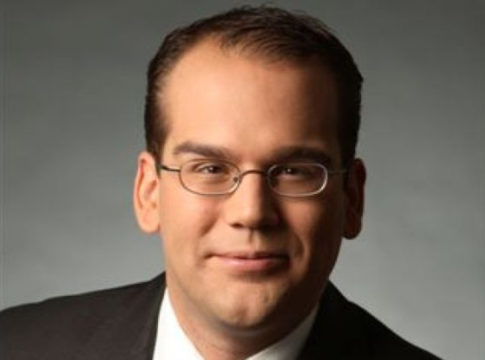 With the growth of economies across Africa, competition law has remained one of the key drivers for effective market participation, consumer protection and fair business practices. However, the global pandemic introduced new challenges for competition authorities in Africa and abroad, with each enforcer pursuing the most beneficial enforcement method for its national or regional jurisdiction.

According to Lerisha Naidu, Partner in Baker McKenzie’s Competition & Antitrust Practice in Johannesburg, “These efforts were aimed at curbing the persistence of unjustified price hikes, anticompetitive cooperation between competitors and other harmful business practices that sought to undermine competition. In addition to the urgent responses to the unprecedented impacts of the global COVID-19 crisis, competition authorities in countries and regions across Africa continued to introduce new laws and amend existing legislation as a sign of the rapidly increasing prioritisation of competition law enforcement on the continent.”

Baker McKenzie’s EMEA Head of Competition & Antitrust, Dr Nicolas Kredel, noted  “Africa is an important focus for our global Firm. The continent has an unparalleled diversity and a consummate capacity to reinvent itself, as well as being in a privileged position to develop its future without compromising its sustainability. Post-pandemic, we believe there will be plenty of investment opportunities on the continent, with competition law fulfilling the essential role of balancing the urgent need for investment on the one hand, with the responsibility to protect the more vulnerable sectors of African economies from predatory acquisitions, on the other. As such, competition authorities are expected to continue to increase cooperation to effectively enforce competitive practices.”

In addition to country-specific regulation outlined in the Guide, information is also provided on how a number of regional competition regulators in Africa are impacting domestic markets. Such regulators include the West African Economic Monetary Union (WAEMU), the East African Community (EAC), the Common Market for Eastern and Southern Africa (COMESA), the Economic Community of West African States (ECOWAS) and the Economic and Monetary Community of Central Africa (CEMAC). While not a regional regulator, the African Competition Forum, an association of African competition agencies, promotes competition policy awareness in Africa and the adoption of competition policies and laws. The Forum also facilitates regular contact between authorities, creating a platform for the sharing of best practice and domestic competition trends.

According to the Guide, competition authorities across the continent had already established strategies for maintaining competition and limiting instances of customer exploitation in their respective countries by early March 2020.

The Guide also details how various jurisdictions have recently strengthened their competition law regimes by way of amendments to the existing legislation or by introducing entirely new laws to facilitate their enforcement efforts.

“For example, Botswana’s Competition Act came into force at the end of 2018.  Kenya recently introduced a host of new laws, guidelines and rules that relate to buyer power, the valuation of assets in merger transactions, block exemption of certain mergers from notification, merger thresholds and filing fees, market definition, and new guidelines for the determination of administrative penalties. Ghana’s Draft Competition Bill is currently before parliament awaiting passage into law, and Egypt and Mauritius amended their competition legislation by introducing or giving effect to new provisions and regulations. In South Africa, price discrimination and buyer power provisions that were previously introduced by the Competition Amendment Act have since come into effect. Regulations were also issued to facilitate the interpretation and application of these provisions,” said Tzarevski.

“African competition law continues to develop at a rapid pace, boosted by the implementation of protective strategies necessary during the peak of the pandemic. An increasing number of jurisdictions have adopted laws and regulations, established authorities, secured membership to regional antitrust regimes and ramped-up enforcement of suspected violations of prevailing competition laws at both domestic and regional levels. As such, organisations transacting across borders in Africa must ensure they are compliant with a myriad of local and intersecting regional competition laws to avoid facing the wrath of the continent’s competition authorities. Access to standardised, cross-border information on the latest competition law developments in Africa has become essential for those transacting in the region,” added Naidu.

South Africa: The unintended consequences of Most Favoured Nation Clauses in Tax treaties